The Fraternal Order of Eagles is an international non-profit organization uniting fraternally in the spirit of liberty, truth, justice, and equality, to make human life more desirable by lessening its ills and promoting peace, prosperity, gladness and hope.

The Fraternal Order of Eagles was founded in Seattle, Washington in 1898 and now has over 1 million members in 1400 cities in the United States and Canada including 130 Aeries in Michigan. The Eagles motto is “People Helping People”.  The Eagles made the first public plea for “Mothers Day” in 1904, sponsored the first workers compensation law in 1911, supported the enactment of the Social Security Law in 1935 and many other projects and activities since its founding.

Donations
F.O.E. donates more than $100 million a year to local communities, fundraisers, charities and more.  As part of its philosophy, the F.O.E. gives back 100% of monies raised in the form of grants. 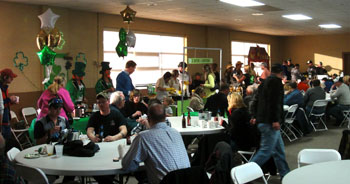 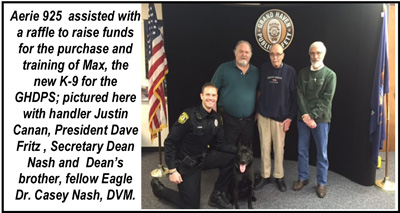 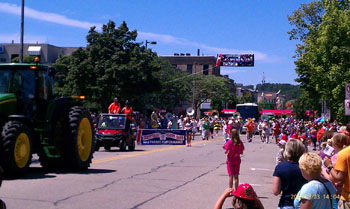